For the first time ever, Delhi University (DU) has provided applicants the option to cancel one of their admission forms if they have submitted more than one application form towards their admission to undergraduate, postgraduate or research courses at DU for the academic session 2018-19. On Tuesday, (DU) issued a notification to all applicants, reminding them to cancel all submitted applications except for the correct one.

This move will help curtail redundancy of applications. A university official clarified, saying, “We advise [the students] to do this so that so that only one application per applicant for admission to the University of Delhi remains with the University.”

A particular online application can be cancelled by the applicants very simply. They need to log onto their dashboard through the e-mail ID they used to sign up, and then they have to click on the ‘cancellation’ button against the multiple forms that they may have submitted. The university has already clarified that no grievance pertaining to the cancelled applications will be entertained, post the closing of the online portal for admissions. 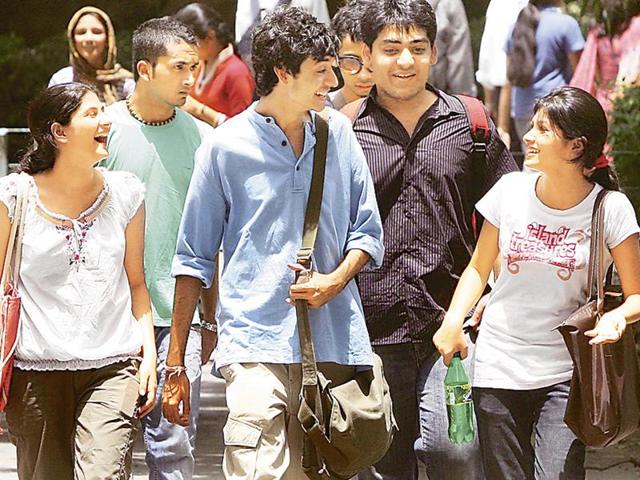 The online portal for DU’s admission to undergraduate, postgraduate and research programmes will close at 6PM on Thursday. Regarding the extension of this deadline, university officials have already said that that is not a possibility under any circumstances, given that preparations require to be made so that entrance examinations can be conducted.

The university has suggested, as a precaution against server overload, that students submit their forms online well before the submission deadline. The last few days, they say, might see heavy duty traffic, and in no situation will there be a chance to upload your form later.

The university portal for submission opened well in advance this year, on May 15. This gave students plenty of time to complete application and then update their marks, once the results had been declared by CBSE. Now, with just under two days until the closing of the online registrations for admissions to DU’s various programmes close, close to 3.5 lakh applicants have registered on the online portal. Of these, over two lakh candidates have successfully uploaded their forms and have paid the application fees.

A DU official shared that the reason DU has have received more registrations this year might be due to the fact that this year there was one form for both merit-based as well as entrance-based undergraduate programmes. Last year, approximately 30,000 students had separately applied for the entrance-based courses.

The admission committee has shared the fact that the highest number of applicants are from Delhi. Coming close in the second and third place are applicants from the neighbouring States of Uttar Pradesh and Haryana.

The official from DU also shared that although the number of applications might rise this year, it may not significantly influence the cutoffs. This is likely because more students across India scored over 95% in the CBSE class 12 exams this year, however, fewer students made it to this bracket in Delhi than did last year. Only if many students who have scored above 90% or 95% submit their forms will the cut-offs rise. The first cut-off list will be released on June 19.

The university also released the schedule of admission under the Armed Forces Category (CW) quota to merit-based undergraduate courses. For priority 1 (widows/wards of defence personnel killed in action) students, the verification of documents will happen on June 11 and June 12. The complete admission schedule is now online on the DU admission portal.

Article Name
DU Asks You To Cancel Duplicate Forms Before 7th June!
Description
For the first time ever, Delhi University (DU) has provided applicants the option to cancel one of their admission forms if they have submitted more than one application form towards their admission to undergraduate, postgraduate or research courses at DU for the academic session 2018-19.
Author
Shriya Garg
Publisher Name
CoHo
Publisher Logo