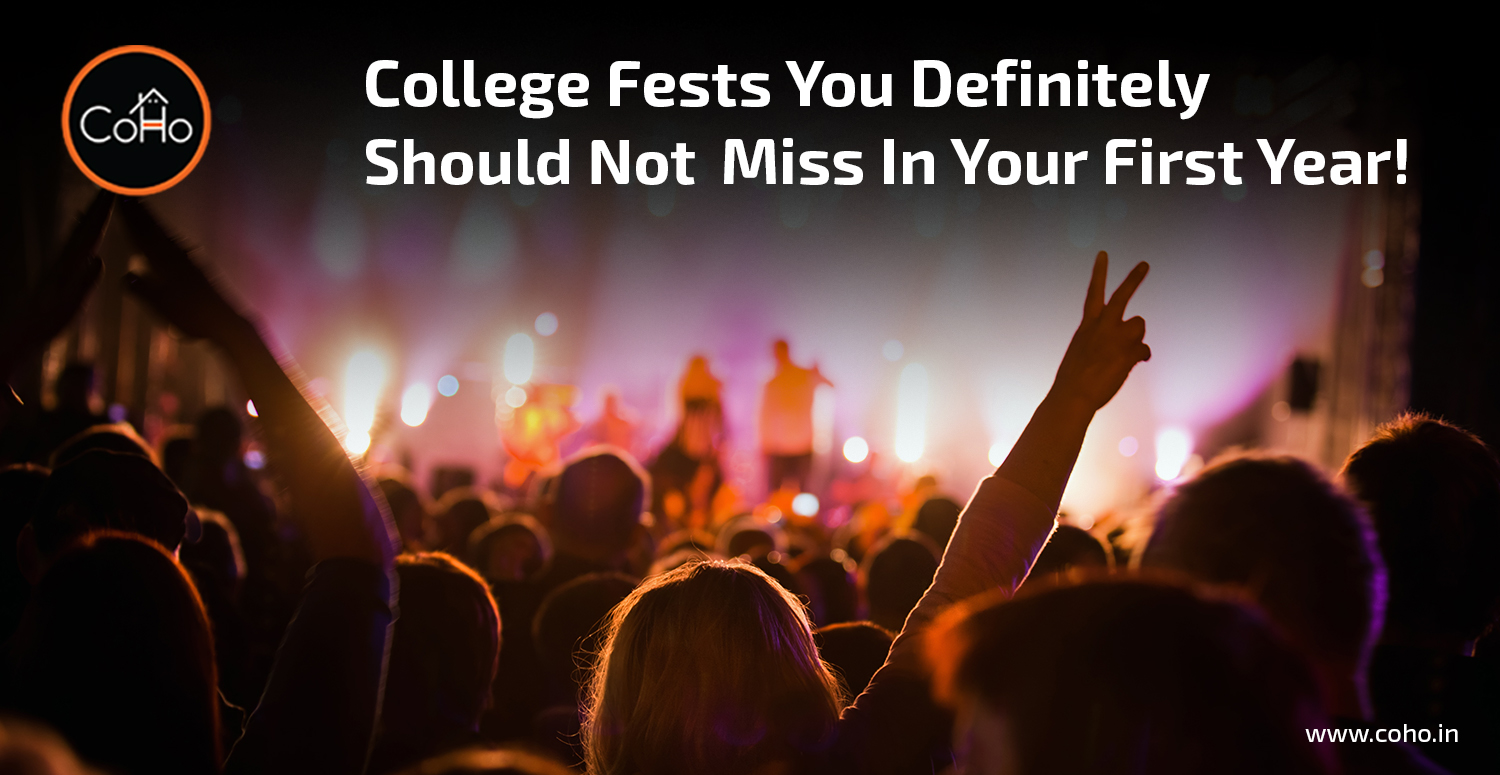 Every year the colleges of DU host some of the most tremendous fests in the country with the biggest events, the biggest prizes, and the biggest stars! They include something for everybody, whether you are a dancer or a musician or are a part of the drama society, or you simply want to have fun! Renowned for the intense competition that one finds at these events (and the immense generosity that follows if you win them) as well as for the unparalleled organisation that one finds there, these college fests pull out all the stops to give you an unforgettable experience. At these college fests, you will find the best food stalls and games stalls, and for the bookworms there are even book stalls! It really is no surprise that students consider going to college fests an essential part of the experience of being in college; you will undoubtedly realise its importance as you listen to your favourite band performing in front of your eyes!

So, without ado then, here is a list of college fests you should definitely not miss at any cost. The FOMO is strong with these, and for good reason. Let’s begin:

Boasting a hefty lineup of ultra competitive events and a campus that sprawls across several acres, IIT Delhi’s Rendezvous is a superlative 4-day fest! Hosted by one of the best science institutions in the country, it sure breaks the common stereotype that science kids don’t know how to have fun! In October 2017, their star-studded lineup included Nina Suerte, Harry Sandhu, Kailash Kher, Zakir Khan, and Salim-Sulaiman! Top-notch, wouldn’t you say? 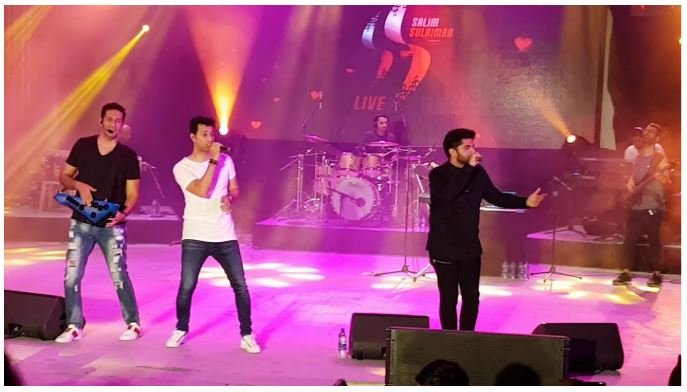 Possibly the biggest and most expansive cultural fest of DU, the 4-day Crossroads fest sees a footfall of over 10,000 people a day! Featuring Nucleya as the concluding act in the 2018 edition of the fest, the organisers certainly organised one hell of a show for the spectators! It also featured over 30 events overall, including dance competitions, photography competitions, poker, and even debate competitions. 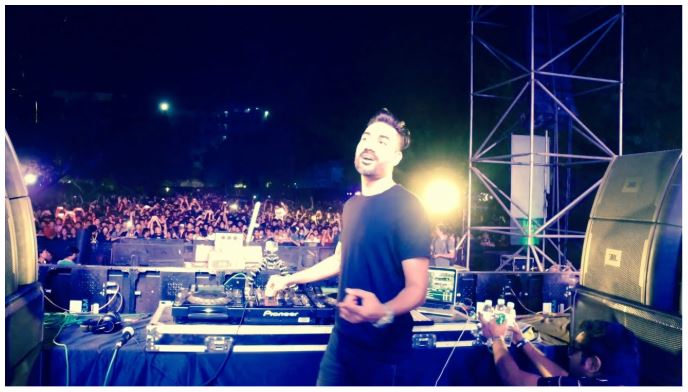 The annual cultural fest of Hindu college, one of the best in DU, is always a crowd favourite. Called Mecca, every year crowds throng the campus without fail, indeed resembling the Mecca after which it is named! It features a variety of musical events (from a rock band showdown to an acapella competition), dance competitions, and creative writing events as well… and this is just getting the list started! 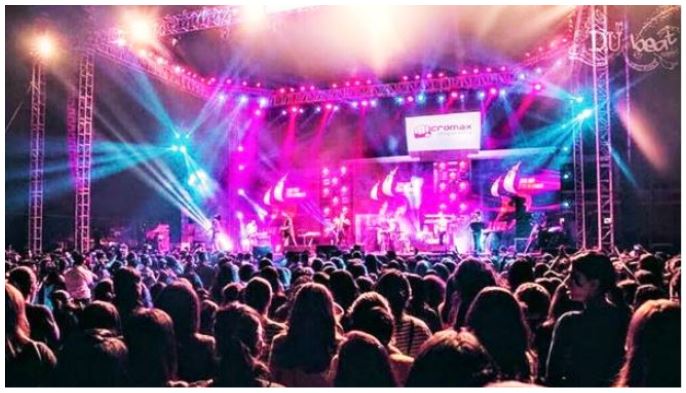 Again featuring a huge campus which spans across two universities, Taarangana is an immense fest each and every year! In the last edition of the fest, there were several unique competition, including a pop art competition, a frisbee catching contest, and a lipsync battle! Their pronights also featured Abish Mathews and Lagori, presenting college students with a unique opportunity to catch their favourite performers live. 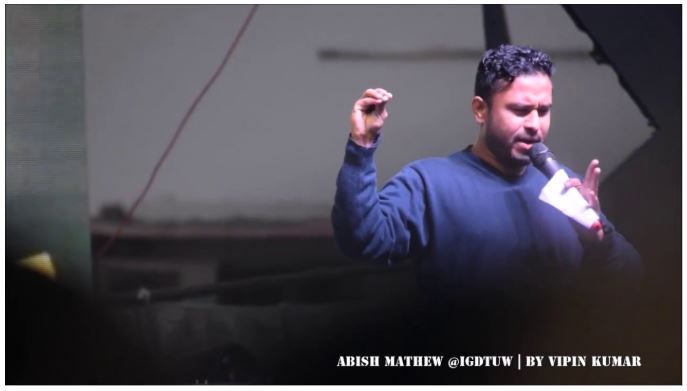 Hansraj College’s unique contribution to the culture of fests is their own homegrown Confluence, which is a 4 day bonanza usually held in the month of March. Not only do they host the standard competitions dance and music competition, they also included coding and encrypt-decrypt competitions in their last edition to give something for the coders to relish! Their star night also featured Diljit Dosanjh live in concert, and his fans loved every moment.

Nexus has for decades now been recognized as one of the best cultural fests of Delhi University, and for this reason it continues to attract a very high number of spectators as well as competitors every year! Its Western Music, Western Dance, and Street Theatre competitions are some of the toughest to win in all of Delhi University. And they have great Star Nights as well; this year it was Armaan Malik who performed!

A massive 3-day festival that kicks off the fest season in Delhi University, LSR’s annual fest is always one of the most looked forward to as well as the most memorable of all the fests DU has to offer! Featuringing attractive prizes and cutthroat competition to boot, like the college itself, LSR’s fest too only sees the best emerging at the top. Their pronights are also unique; in 2018, in addition to the rock band Antariksh, they also had the world’s first metal sitar player!

Spread across 3 days, Renaissance is one of the most memorable festivals of DU due to its focus on the star nights and its impressive list of events. Having no limit on the number of people who can enter the campus, it is full to bursting when the stars take the stage! In March 2018, during their Punjabi Night, they attracted a crowd of over 15,000 people who danced to Parmish Verma, DJ Diego Miranda, and BigNoize! Yes, that’s how crazy it gets! 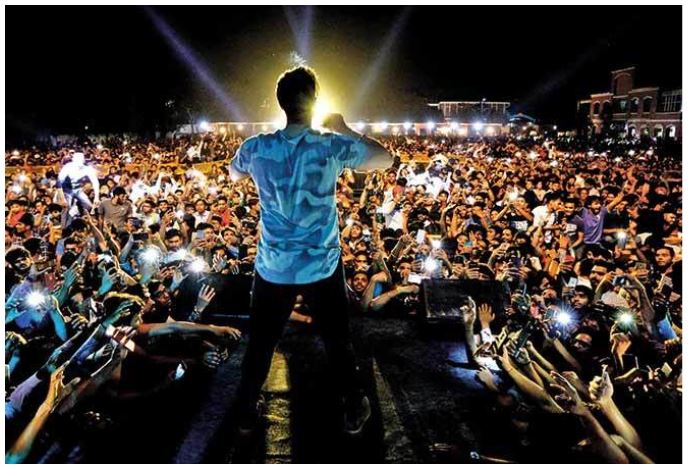 Miranda House hosts a terrific college fest every year as it caters to an immense variety of people. At their fest this year, for instance, their Environment Society hosted an event about depicting environmentally conscious ways of having fun. What a unique idea! And their fest also has splendid performances; this year, the band Parashara performed, and so did Siddharth Mahadevan! 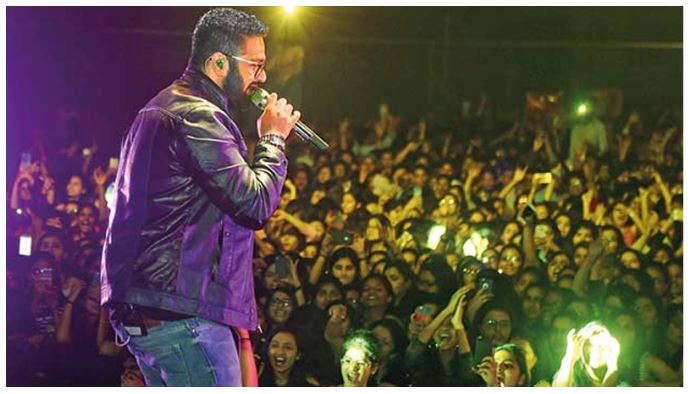 Unlike most college fests, this one only lasts for two days. But that doesn’t mean it’s in any way lesser than other fests. In 2017, they had several performances, ranging from an EDM night with DJ Mash and Monkey Junk, a rock band with Hamsa, as well as a star night with Jubin Nautiyal. Not only this, they also had a Sufiana Night with the legendary Nizami Brothers! Quite a stunning range, it has to be admitted! 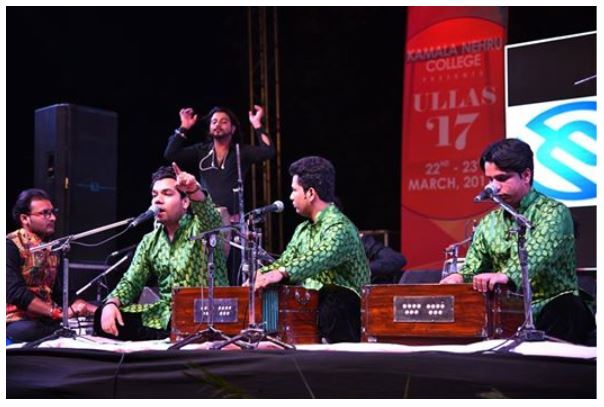 Hosted by IP college for women over a period of 2 days, Shruti throws up some of the best star nights, selecting only the best of the best bands to perform. Having a broad range of competitions as well – including quizzing, fine arts, western and indian music, dramatics, and more – this fest only gets better due to the amazing campus that IP college has! In 2018, they invited the fusion band Rooh and the legendary Indian Ocean for their star nights! Each and every year Gargi College leaves no stone unturned to ensure that a fest is organized like no other! In 2018, Reverie showcased their college in a fashion that can only be described as a class apart: from stunning decor to impeccably organised competitions, from overwhelming food stalls to breathtaking cultural performances, it had everything. And of course, this is not to say that their star night lineup – featuring the world’s fastest pianist, Aman Bathla, and the band Faridkot, among others – was not just as stellar as the rest of their fest! So that’s it, people! When you are considering which fests to go for during fest season, make sure these places are on your radar. You might catch a very, very bad case of FOMO otherwise. Leave us a like and/or a comment if you feel we missed out on something. And share with all your college buddies who love fests!

Article Name
College Fests You Definitely Should Not Miss In Your First Year!
Description
Every year the colleges of DU host some of the most tremendous fests in the country with the biggest events, the biggest prizes, and the biggest stars!
Author
Shriya Garg
Publisher Name
CoHo
Publisher Logo