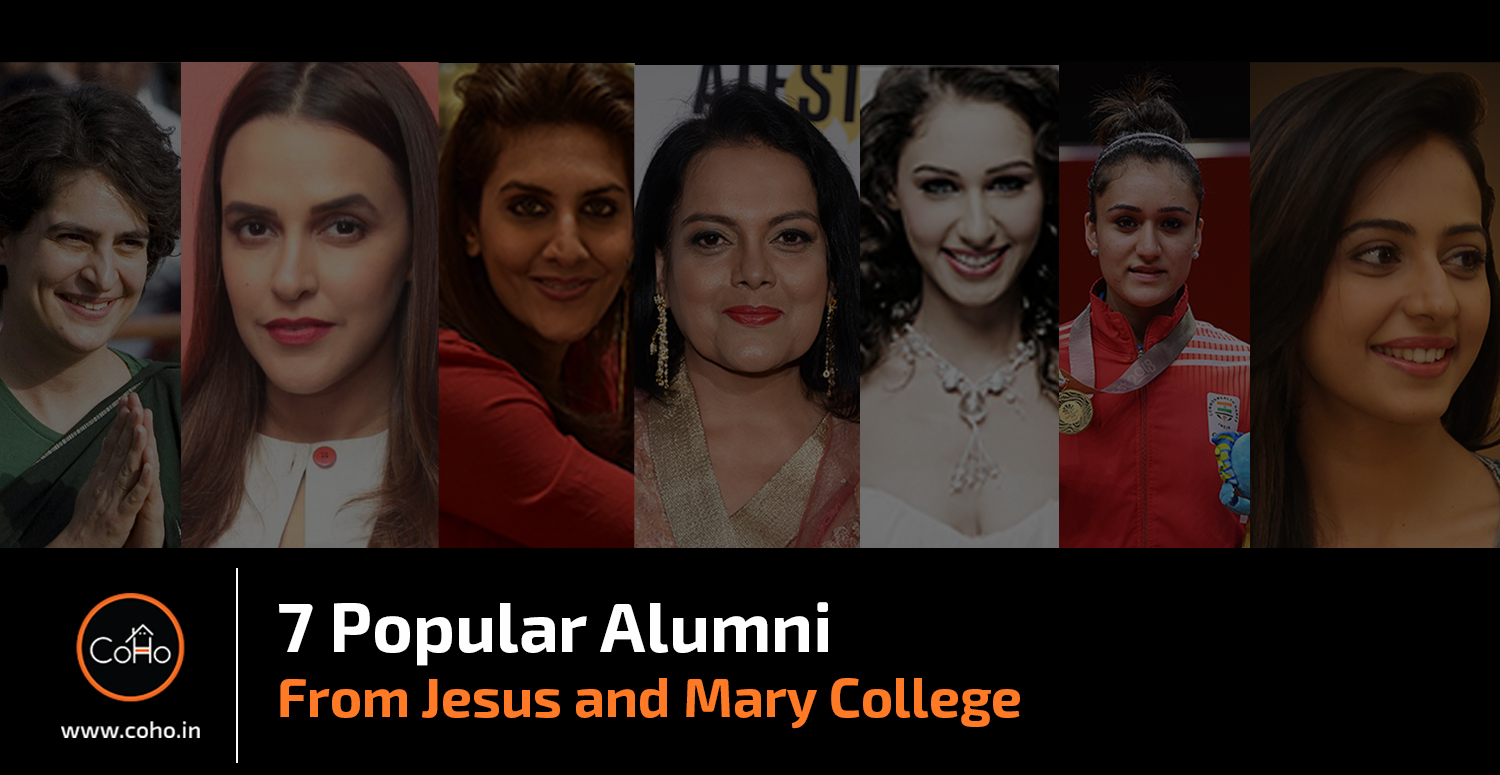 The famous women only college, Jesus and Mary College, happens to be heard of amongst students for all the right reasons. Not just as a constituent Delhi University college, but also as one of the best institutions of higher education in India. As though as it might be accepted to a college like Jesus and Mary, it is notably one of the best spaces for academics and cultural activities. One could reach such an inference upon being confronted by its alumni and current students – these young women exude a confidence and fierceness that is hard to match.

Located in one of the poshest and safest areas of Delhi, courtesy defence Settlements – Jesus and Mary College has built a home for its students in Chanakyapuri, New Delhi. Being closely situated to more Delhi University colleges, it’s like a fraternity of South Campus colleges with Maitreyi college, Sri Venkateswara College, Motilal Nehru College and the likes being a walkable distance from each other.

This facilitative ground for exuberance and intellect leaves no falsity unrecognised when it comes to academics. Awarding bachelor’s degrees in varying fields across the arts, commerce and mathematics – the college’s curriculum is in line with that of the Delhi University. The students applying to Jesus and Mary College pick up honours degrees in elementary education, history, sociology, political science, Hindi, English, economics, psychology, math and commerce.

The institution’s spirit is peculiar in its very foundations. Jesus and Mary College is run by the Sisters of Jesus and Mary Congregation! Pretty impressive, for sure, and the history is all the more reason for you to be interested.

Fascinating as it is, the congregation finds its roots in France 1818. That’s taking it way, way back. Founded by a lady named St. Claudine Thevenet, her persistence on linking knowledge and the truth of God is what has caused this college to exist today. After the sisters visited our beloved Dilli in 1842, it didn’t take them long to lay the stone for a women’s college here. Established in 1968, Jesus and Mary College still stands tall in the proud streets of this young metropolitan! 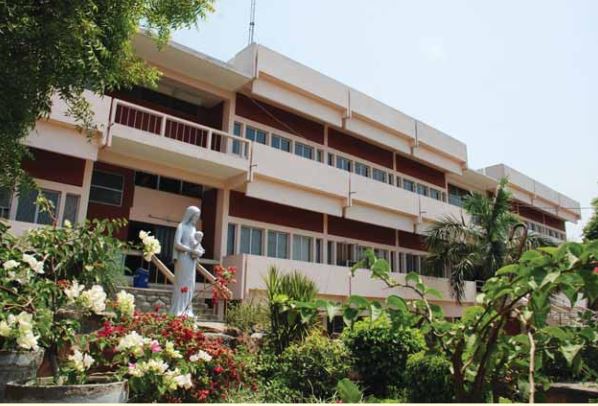 Well, our purpose here is to introduce you some of the biggest names that have one thing in common: Jesus and Mary college is their alma mater! Treading on different paths today, the versatility that colours the list of alumni is magnificent. From Apurvi Chandela who is a known Indian shooter to Usha Sanyal who is a historian, these women have undoubtedly taken over the world! We bring to you a list of the 7 famous alumni who have attended Jesus and Mary College, Delhi University. 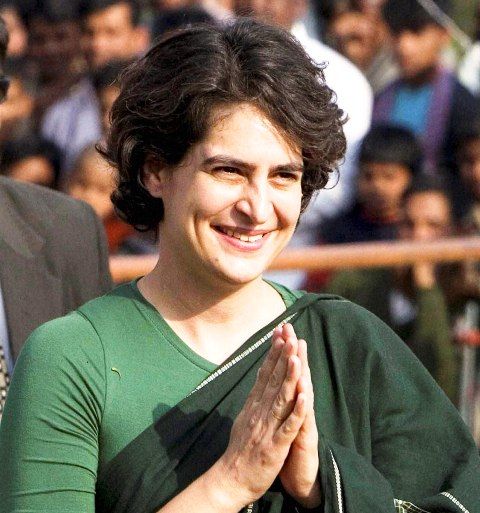 Linked to two of the most controversial and powerful figures to have dominated the political scene in India, Priyanka Gandhi Vadra is a known name. Daughter of one of our former prime ministers, late Rajiv Gandhi and Congress president Sonia Gandhi, it is unlikely to not have heard of Priyanka Gandhi!

But what most people miss out is that this bold figure went to Jesus and Mary college for her bachelor’s, attaining her undergraduate degree in Psychology. We know how psychology happens to influence the undertones of the work of politics, don’t we?

Back in 2004, she was one of the most prominent faces in the news – the campaign manager for Congress, she was the most famed Gandhi for a considerable amount of time. As a result of her exceptional organisational skills and leadership qualities, she won Congress seats in the Amethi Rae Bareilly region back in the 2007 assembly elections.

Attend Jesus and Mary College and you’ll find the senior professors still reminiscing about the fame that followed this young diva in JMC. Certainly someone to look up to if politics happens to be your area of interest. 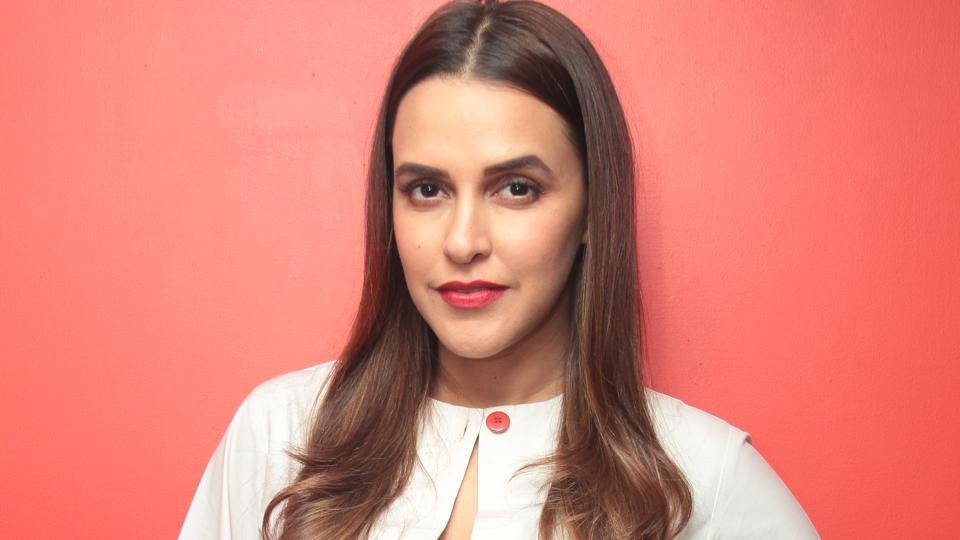 Who knew that Neha Dhupia (silently screams) went to Jesus and Mary College?! One of the women who made it big in bollywood on the basis of her intimidating and smart personality, Neha Dhupia is one of the smartest people in the business. Creatively gifted and a great speaker, it is bordering surprising that before she stepped into her career as a TV actress, she was a history graduate! Crowned, and rightly so , as Miss India in 2002, she sure is the poster child for someone with beauty and brains. She was next found in the Miss Universe 2002 pageant in Puerto Rico and, no big deal at all,  but she made it to the top 10! – Screams some more and pretends to play it cool –

We all love her in the classic Singh Is Kinng (2008) and Dasvidaniya (2008), but the best role she has played till date is as herself on the current Roadies season! Her strength and confidence has managed to make every contestant and spectator to go weak in the knees. Other than that, she also interviews her fellow actors on the show BFFs with Vogue!

Woah. That’s a lot to have accomplished with a super tough course in history. We’re your biggest fans, Neha! 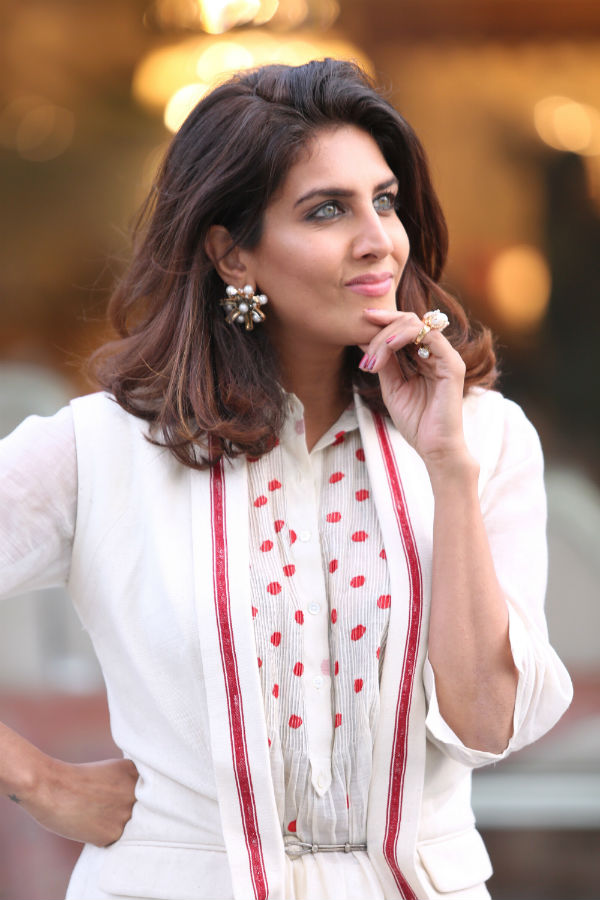 Yet another bigshot on our list of alumni of Jesus and Mary – Ambika Anand is a famous Indian TV anchor. Also working as the Editor in Chief, Fashion at NDTV Good Times (the lifestyle channel of NDTV,) she is one of those exceptional individuals who fall on a spectrum of creative genius. The celebrated and widely viewed shows Get the Look and Band Baajaa Bride Season 4  will star this JMC graduate as their host!

She has anchored more NDTV shoes, such as The Big Fat Indian Wedding, I’m Too Sexy For My Shoes, etc. in the past. Deserving the fame that follows her everywhere, she received the Cosmopolitan India Fun Fearless Female TV Personality title as an award in 2011. Also featuring on the list of HT City Delhi’s Most Stylish 2013, Ambika Anand is one of the most vibrant of alumni of Jesus and Mary College! 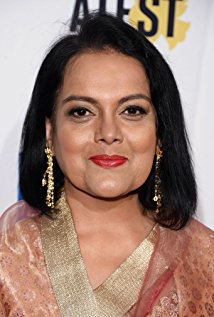 This is one face that we as 90s kids won’t ever forget. One of the senior actors in the industry, Sushmita Mukherjee has been acting for both Bollywood and television for years now. Her remarkable role in the bollywood movie, Dostana (2008,) is yet another example of her talent. Golmaal: Fun Unlimited (2006) and King Uncle (1993) are some of her great works that add on to that list of laurels. The Kolkata born is known for her role of ‘Kitty’, the half wit assistant of Karam Chand. 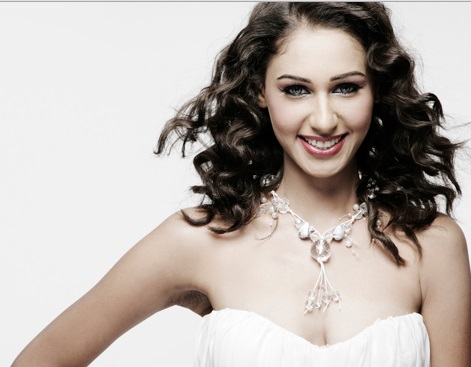 Again a known face, Hasleen Kaur is one of the most models in India. She has worked as an Elite Model and been featured in the Elite Fashion Calendar in 2011.

After being crowned as Miss India Earth, she went to participate in the Miss Earth pageant in 2011. You must have recognised her in multiple advertisements and commercials before she found her way into Bollywood with the Karle Pyar Karle in 2014.

She, like all the other women on this list, went to Jesus and Mary College for a bachelor’s degree in English. Following which, she went to Indian Institute of Mass Communication to pursue a course in Advertising and PR. 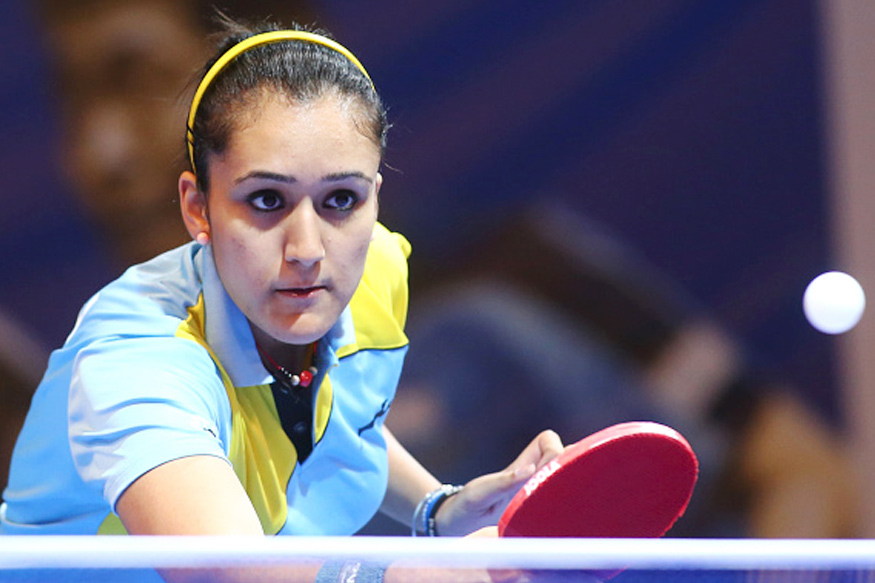 You cannot talk about alumni and role models if you don’t mention sports! Especially when it comes to women, it’s a matter of pride when women make it big as players in a field where they’re the exception. Manika Batra knows how to rock that table just right – one of the talented lot, she’s an Indian Table Tennis players. As of January 2018, she is the top-ranked female table tennis player in India and ranked 62nd in the world! And guess what? She, like all the other women who work their way to success, she went to Jesus and Mary College to pursue her education but had to eventually drop out because of her Table Tennis practices. Way to go, girl! 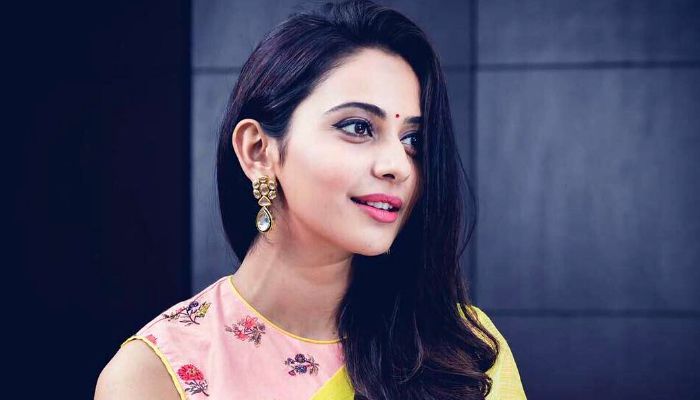 One of the freshers in the industry, Rakul Preet Singh is a Jesus and Mary graduate who stepped into her career in modelling during college itself. Ending up featuring in her debut film in 2009 itself, her Kannada film ‘Gilli’ is one of the famous ones amongst many others.

Crazy as it sounds, Rakul Preet Singh was one of those rare students who take up mathematics to study in their bachelor’s. After completing her studies at Army Public School, she went on to hone her calculation skills at Jesus and Mary College and balancing herself on the stage in heels – you have our respect, ma’am!

Transforming the way the young reside in india, coho.in offers luxurious and comforting villas and dorms to students and working professionals at affordable prices. From fully furnished apartments to high-end services like health care, recreational spaces, housekeeping and maintenance, a formidable Coho community helps you experience your novice years the best way you could imagine!

Schedule a Visit Now
Timings, safety and other concerns tend to mess with the wishes of our childish souls. Don’t wallow about your stay during these brilliant academic years, our young readers. We come bearing good news. CoHo.in understands the predicament you might be in when you’re stuck looking for an affordable, homely and luxurious accommodation. You don’t have to look too far, little one. We promise you your Epicuria nights and your comfortable beds along with a security of a home. Pack your bags and let us help you adjust to this colorful world called university life.
Schedule a Visit Now
You can now check out Coho’s residential dorms and villas near South Campus. A dream that would be otherwise unaffordable in South Delhi, you can now add a pinch of hope to all your fantasies and look forward to the best years of your bachelors life!