Every LSR girl who passed orientation remembers the video montage shot of the alumni shown at the beginning of every year. There are some alumni that make every LSR girl proud of walking the squeaky clean and hallowed hallways of the college. 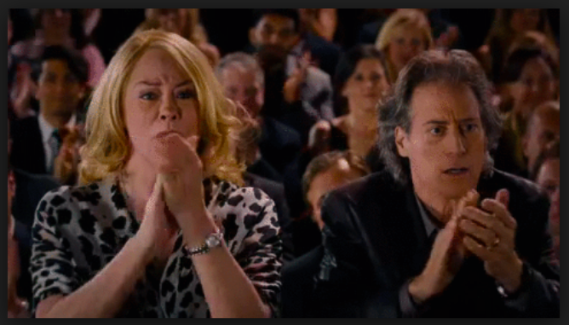 Fondly known as MG, she was the Principal of LSR for almost three decades and she made every day of it count. She is the recipient of the Padma Shri and was the first woman to serve on the National Security Advisory Board. A published writer, educator, and a force to be reckoned with, she symbolises the “magic” of LSR. She is an ace banker and the first Indian woman to graduate from the Harvard Business School. She was the Country Head for HSBC and the President of FICCI. A powerhouse, her trademark starched saris and smile betray no sign of her illustrious career as a successful banker.

Recipient of the Padma Shri Award, she was also featured in the TIME magazine. Take a lesson on how to let your work do the talking, girls! Razdan is the anchor of the show Left, Right and Centre on NDTV. An accomplished journalist and television personality, she has been awarded the Ramnath Goenka award for Excellence in Journalism.

Do not be fooled by her charming smile, she is known to be a fierce journalist and has covered a wide range of news events. Blazing her way in the corporate world, Vinita Bali is the MD and CEO of Britannia Industries. She has been awarded the “Business Woman of the Year” and was listed on Forbes’ magazine’s ‘Asia’s 50 Power Businesswoman’.

But it is not all about profits for her, she found the Britannia Nutrition Foundation to combat malnutrition in children. Remember that story of a woman sarpanch with an MBA degree? Chhavi Rajawat left a plush corporate job to take up the mantle of a sarpanch of her village, Sodha in Rajasthan.

She became the first woman Sarpanch in India and also the youngest. Credited with changing the face of rural Rajasthan, she has also addressed a United Nations World Conference on poverty. Now, that is how you tackle patriarchy! She is the founder of the Naz Foundation, which aims to address the issue of HIV/AIDS, especially in women and children. A human rights and animal rights activist, she has been awarded the Legion of Honor, the highest order of merit in France.

She has been active in her fight for the rights of homosexuals and her infectious smile can be seen at Pride Parades. The woman behind unearthing the Bofors Scandal that toppled a government, she is the first Indian woman to foray into investigative journalism. Fierce and persistent, she has received the prestigious G D Goenka award for her contribution to the field.

A published author, her joint article with N. Ram has been cited as one of the ‘50 great stories since 1915’ by the Columbia School of Journalism. These women make every LSR girl proud to be a part of this college as they achieve milestones of their own.

To help all the budding future stars with their accommodation needs, CoHo is your one-stop shop for affordable and luxurious rooms which come equipped with all the facilities to ensure you always stay on track. Article Name
7 LSR alumni that you should know about!
Description
Every LSR girl who passed orientation remembers the video montage shot of the alumni shown at the beginning of every year. There are some alumni that...
Author
Shriya