SGTB Khalsa College is that pride of Delhi University that students from around the country aspire to go to for an excellent education in the field of commerce and arts, hoping to bask in that light. Established in 1951, Khalsa has repeatedly provided its students with paths leading to a life of stardom, creativity, skill and expertise.

This north campus college, constituted under Delhi university is close to GTB Nagar metro station, Hudson lane for your untimely student hunger and its satiation, Kamla Nagar market for all the latest trends in fashion at cheap rates – offering you the best bachelor’s experience.

For all of you who are associated with the college and all those who wish to be, before you begin gleaming in joy – allow us to introduce and remind you of the great names who attended SGTB Khalsa College and continue to take pride in their alma-mater;

The iconic Shukla Saab from the industry had actually attended SGTB Khalsa college in his days of youth. I’m sure you guys remember his brilliant roles in Satya, Barfi, PK … to name a few of his splendid films. Personally, we think that he was his best in Mohabbatein as Sanjana’s father, after all – we learned all our lessons on love from their exchanges, right? Right!

He continues to be cherished both nationally and internationally for his luminous acting and presence in Bollywood. This Khalsa grad also won the 2014 National Film Award for his role of supporting actor in Jolly LLB. No words will ever be able to suffice this man’s creative genius. He has produced records of breathtaking music and relishes in the fame that he much deserves. If there’s a love song we all need in our lives, it has got to be Tere Bin. His magical voice corroborated with that melodious music is enough to give anyone an eargasm.

And have you heard the coke studio version of Tere Bin? Well, let’s just say that you’re going to thank us later. And don’t forget, his prodigy we so dearly love went to SGTB Khalsa College! The popular member of the Congress who resigned the party to shake hands with Bhartiya Janta Party recently had attended SGTB Khalsa College in his bachelor’s days to study Political Science. He also went on to become the Student Union’s president then, giving a kickstart to his political career.

Once he was elected in 1998 for the first time into the Delhi Legislative Assembly, he made a mark for himself as the youngest of the lot! Lovely indeed, no? Way to go, mister Arvinder. This former international cricket player was born in Pune and went to Delhi to study at SGTB Khalsa college for his bachelor’s. He has made a name for himself in cricket by representing India in 35 Test matches and 59 One Day Internationals. Maninder Paaji  happens to be well-known for another thing: he holds a ‘Test record for the most tests in a complete career without aggregating 100 runs.’ and he now enjoys the fame of a commentator, much like all the big shots in the field! The unbeatable Indian archer from Rajasthan who has represented our nation not once, but TWICE in the Olympics happened to go to SGTB Khalsa college for his graduation! After representing India at 1988 Summer Olympics, the Government of India honoured him in the following year with an Arjuna award. And guys, that’s a pretty big deal! So don’t let some silly envious boy next door tell you that you can’t dream big; here we have mister Shyam living that dream twice!

Seriously, guys, Khalsa comes across more as a sports and Bollywood stars churning academy that parallels one’s intellectual growth. What is up with this college? Phew! That was quite a list. After a hectic day at a place like SGTB Khalsa college, that endows you with co-curricular and academics, honing your skills and giving life to your passion …  a comforting bed and the company of loved ones is a must for those aching bones. Check out Coho.in for luxurious rooms that are pocket-friendly and in close vicinity of your campus! Coho brings you a community of Delhi University students, affordable rooms and all the amenities and services one needs before starting anew. So pack your bags and land at north campus, and let us worry about the rest. 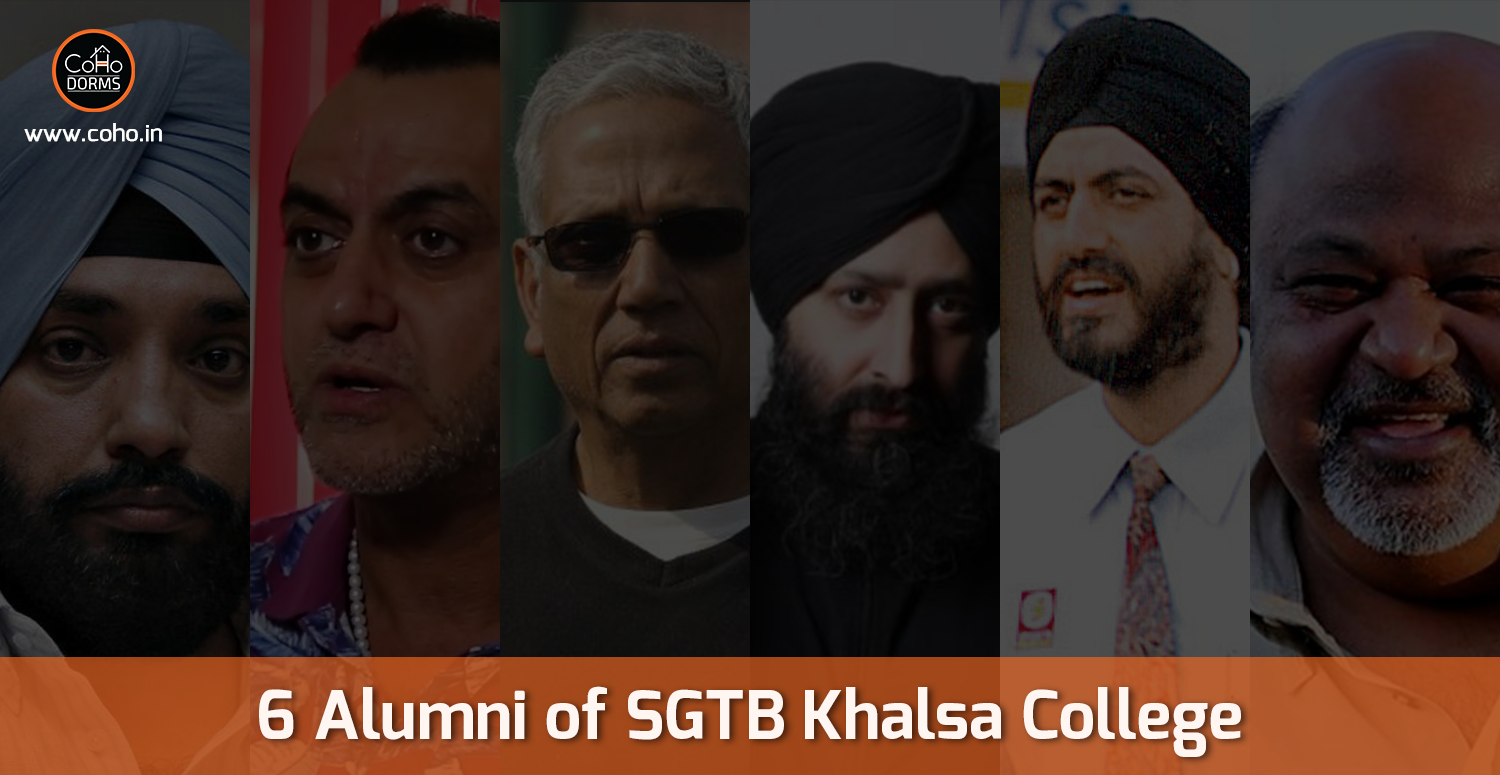 Article Name
6 Alumni of SGTB Khalsa College
Description
SGTB Khalsa College is that pride of Delhi University that students from around the country aspire to go to for an excellent education in the field of commerce and arts. Here is a list to remind you of the great names who attended it.
Author
Shriya Garg
Publisher Name
CoHo
Publisher Logo